Electric cars aid to the energy transition because their power source electricity can be derived from other sources than only oil and gas. Aside from that the well-to-wheel ratio for electric cars is more efficient.

Overall in the world Electric car sales are growing exponentially. We see that annual sales over 2012 go up from less than 100,000 units sold to almost 800,000 in 2015. Currently in the US for the overall luxury car segment in 2015 the only model in this segment improving it sales strongly is an electric car. Tesla model S sales increased with 43 % compared to 2014, making it the best selling luxury car in the US (cleantechnica).

Reasons for this rapid growth in the electric car market are to name a few: 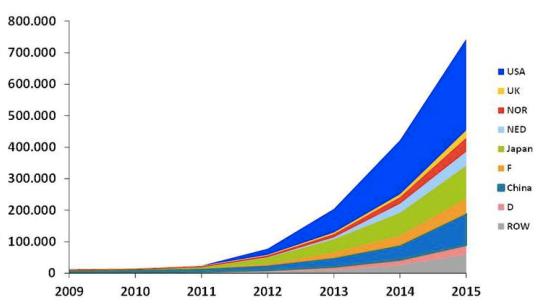 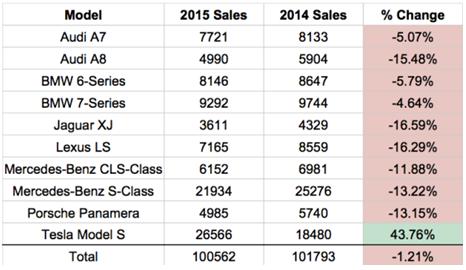 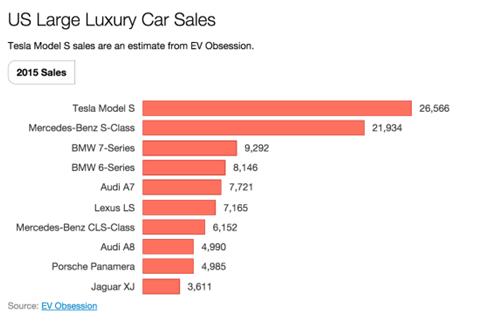 Electric cars in the UAE ?

Traditionally countries of oil and gas, also in the Middle East it is starting really pay off to drive Electric. The electric car market is growing in the UAE but it does not go as fast as in the USA and Europe .

However, the potential is certainly there.  If we go in on each of the points listed above we can see on how well we would predict the adoption of Electric cars in the Middle East.

1 They are less expensive to drive

A simple calculation report can learn us how beneficial it could be drive a luxury Electric car like a Tesla P85D in the United Arab Emirates. Although it is claimed of that electric cars are a hard sell in the UAE due to the low gasoline costs it should be noticed that electricity costs are actually even substantially lower.

2 The Batteries and driving range

The lifespan of batteries is shorter in the UAE than in more temperate climate zones. If the temperature is over 30 degrees Celsius this start affecting the performance and service lifetime of batteries (acs.org). This is a point of concern for the UAE.

The second point is that the additional power which is used for cooling the car negatively affects the driving range.

In Dubai currently there are strong investments taking place to build solar panels on rooftops. The current strategy is formulated so that there will be solar panels on each rooftop by 2030. (thenational.ae).

With electric sports cars emerging like the Fisker Karma, Tesla Roadster/S and others the Electric car segment gained an x factor. The car-loving country of Dubai are still mainly ‘in love with their SUVs ‘ but already starting to consider also to drive electric (emirates247). Electric cars with sexy image will certainly help in this process.

Incentive systems for prospective buyers are currently being developed in Dubai. It turned out that in other countries incentive systems can be very successful in inducing consumers to buy electric cars. Possible suggestions already made by a car firm:

Currently in Dubai there are 100 charging stations for Electric cars rolled out in Dubai. Here you can find a news article on the first 16 which are being rolled out (thenational.ae).