This article discusses Energy Consumption trends in the UAE and compares it to another small densely populated country in Western Europe, the Netherlands. 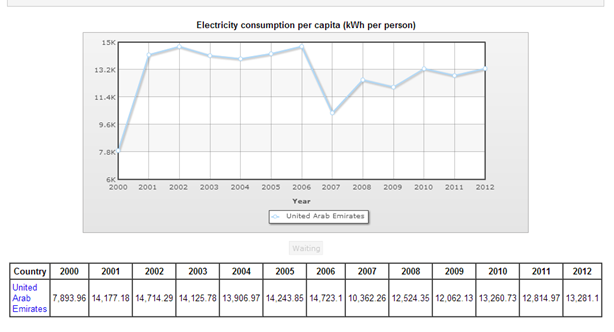 Overall, we see an electricity consumption pattern in UAE which is relatively constant over the years 2008-2012 at about 13,000 kWh per capita per year.

How does this compare to for example, the Netherlands, a western EU country with about 16 m population size?  In the Netherlands the pattern is also relatively constant with a rise in 2007 and a drop in energy use from 2012 onwards. The energy use is about half the size of UAE in 2012 (6,700 kWh per capita per year). 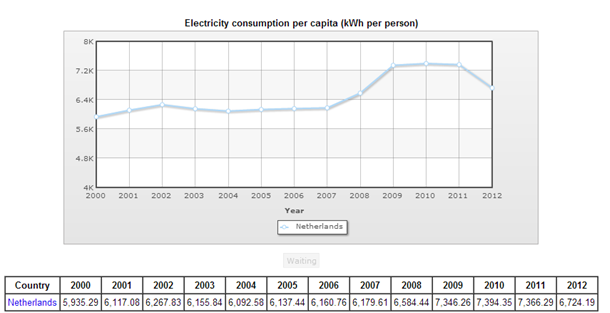 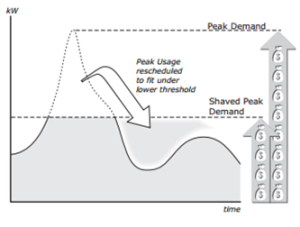 While DMS is also an attention point in the UAE and the Netherlands; energy monitoring systems, ESCO like structures, smart office lighting and heating, heat pump systems, it seems that electricity use per capita is still not yet plunging.

There are a number of reasons for this. One of them is the increasing use of electric cars. Electric cars have a more efficient well-to-wheel ratio, the ratio which indicates how much energy it takes to deliver the total amount of energy from oil/gas/raw substrate to the endpoint (the car or wheel in this case), Although the total amount of energy used is less in total, the amount of electricity consumed per capita goes up. Another reason is that people still increasingly use more devices which use electricity. Although devices become more efficient, the amount of devices used still increases.

For the UAE, these factors are also going to play a role in the future energy use. Having lower petrol prices than the Netherlands, the incentive to change to electric cars might be lower. However, the electricity price is also lower, so the incentive might actually be there. A more detailed research would be necessary to analyze this

Another factor is that, increasing innovation from car dominating countries EU (Germany), Asia (Japan) and USA, might give electric cars a competitive advantage in the next 10-20 years over petrol-driven cars. This will also influence the use of electric cars in the ME region.

The UAE has a sharply growing population, mainly caused by immigrants and expats who intend to make a better living. If this trend is continued, then we might see that also here, people will start using more devices, leading to more electricity used per capita.

When we take a closer look at the energy use division in the UAE, we see that most of the energy is used on AC, which is not so surprising since this is a desert country. According to PowerWise, the site from the Regulation and Supervision Bureau, AC contributes to about 70% of Energy used. According to a Gulfnews article, this is for Abu Dhabi about 65 % in the summer, so this number might be slightly lower, especially during the winter months. Let for now assume that AC contributes to about 50 % of all electricity used. UAE will then use 13,000 kWh * 50 % = 6,500 kWh per capita annually, which is remarkable close to the energy use in the Netherlands. Other figures, as 15% use on light systems, are also remarkably close to Dutch market estimates at about 15%.